This historical scoring stage in Vienna, Austria offers cutting-edge recording technology and superior acoustics for a wide variety of ensembles and styles – from chamber music to big symphony orchestras and choirs, from rock bands to big bands and jazz artists, from film and TV music to video games and commercials, from classic and modern symphonies to opera recordings.

Synchron Stage Vienna is the only recording facility in the world that merges proprietary software innovations and revolutionary approaches with traditional recording technologies and procedures. The tight integration of Vienna Symphonic Library’s award-winning software applications such as Vienna MIR Pro with the studio complex allows for unprecedented solutions for quicker workflows and a better overall sound. 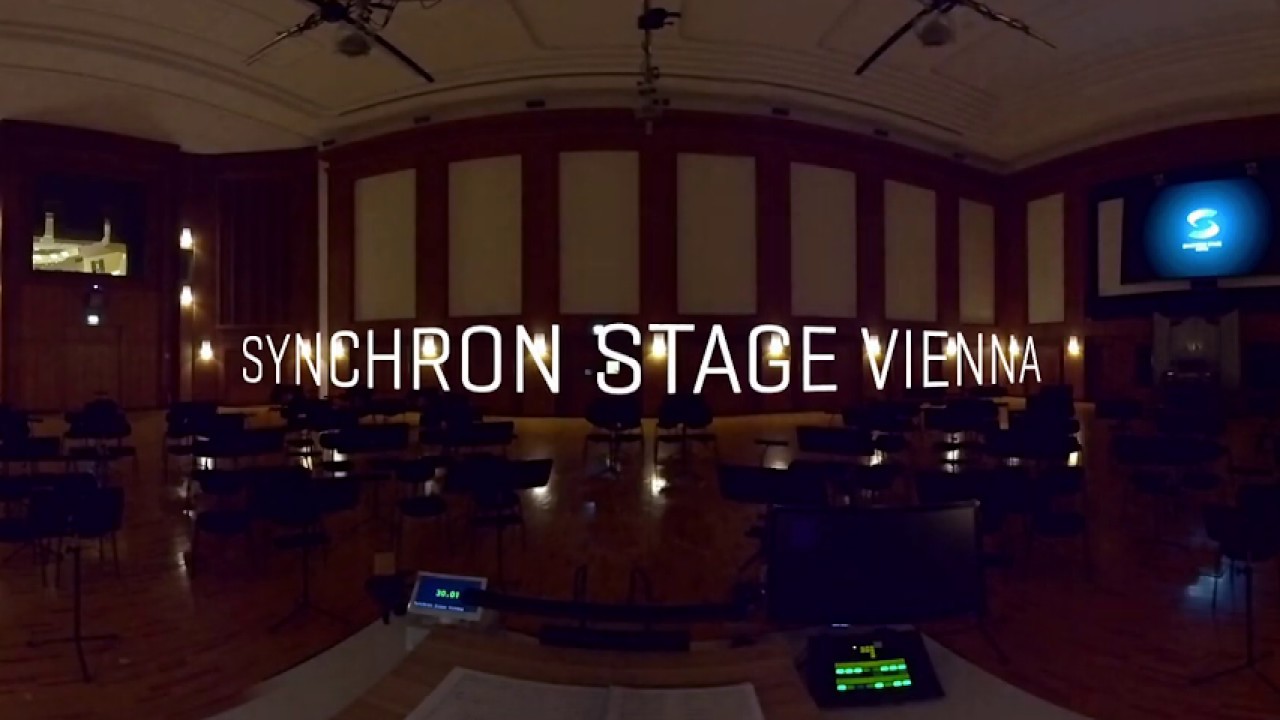 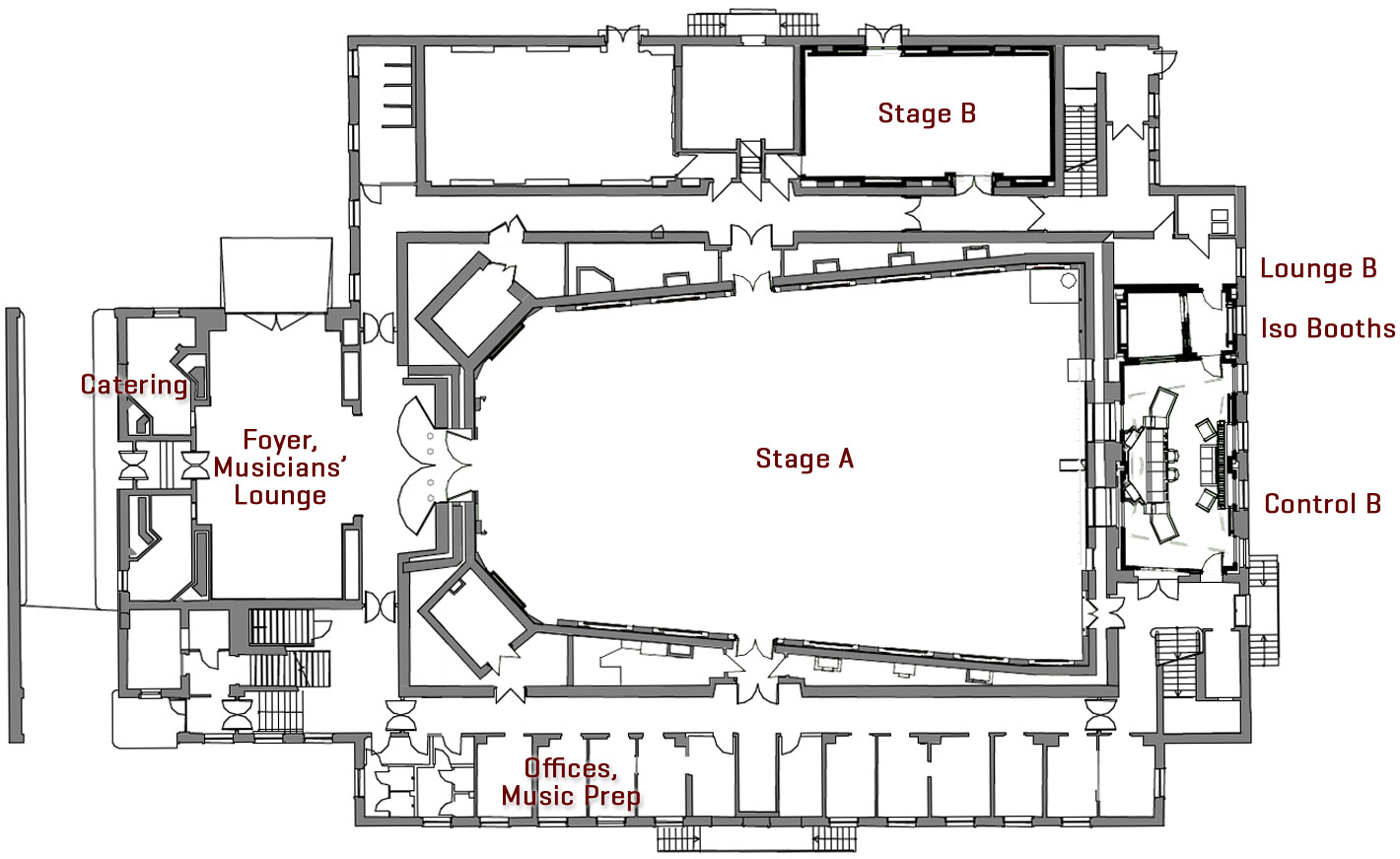 Arranged around the Main Hall (Stage A), the facility’s first floor offers, among other rooms, a break room for musicians, three offices for clients, and a score preparation office with printers and a copier. There are two iso booths next to Control Room B that share a collapsible glass wall, which allows them to function as one large iso booth.

The Executive Area right behind Control Room A includes the Producer‘s Lounge, the Editor‘s Lounge and the Composer‘s Lounge. Both the editor and composer lounges are acoustically treated to double as iso booths. Optionally, both rooms together may also function as an additional studio with a recording room (Composer’s Lounge) and a control room (Editor’s Lounge).

The original facility was built in the 1940s, adjacent to Rosenhügel-Filmstudios as part of “Film City Vienna”. Until 1955, up to ten film scores per year were recorded here with large orchestras.

In the 1960s, eminent classical artists such as Géza Anda, Wilhelm Backhaus, Karl Böhm, Herbert von Karajan, Yehudi Menuhin, Sviatoslav Richter and Mstislav Rostropovich used the former “Synchronhalle” for their now-legendary recordings. Since 2009 the facility is listed as a landmark protected building, mainly because of the unique cinema organ that is the only one in the world that is still housed in its original scoring stage.

The Vienna Symphonic Library, a leading developer of orchestral sample libraries and music production software, took over the building in 2013. After two years of planning, the facility was entirely renovated and equipped in collaboration with renowned Walters-Storyk Design Group and architects Schneider+Schumacher. The premises cover an area of over 2,000 m2 (21,000 sq ft.), offering ample space for several studios, control rooms, instruments storage, and regeneration areas. 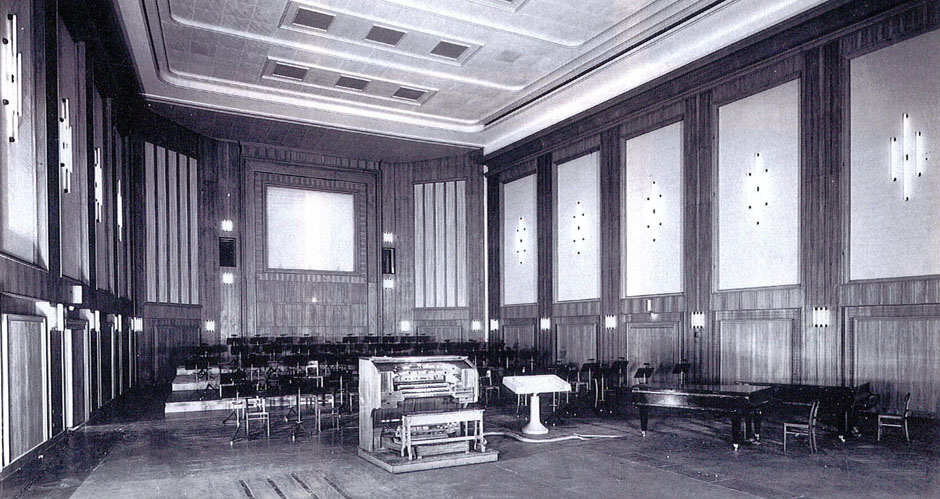